Use the Purchase button for Kindle

A half billion would die before it was over.

Some said that Admiral Mustafa Mahdi was the most ruthless man in history, others said a savior. He was a man who understood raw power and all its trappings. His crew of B-Wasy Somali Marines is reputed to be the most powerful, most sophisticated, ruthless pirates the world could ever imagine. Armed with stealth technology they are the new generation—a generation of pirates with an ancestry of thieving that stretched beyond anyone’s memory. 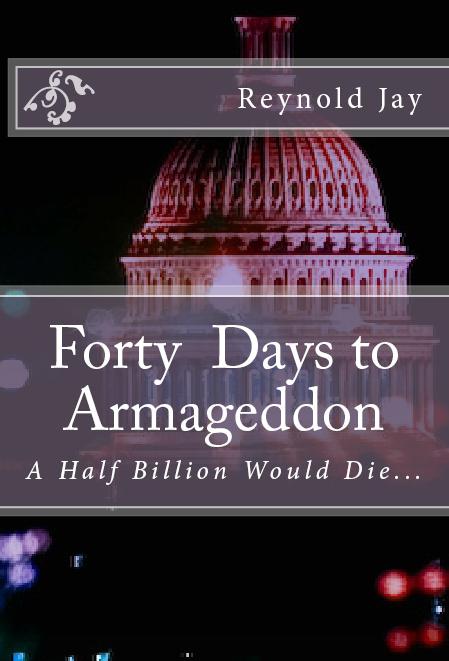 The day the Iranians set off 40 megaton nuke marked the beginning of a new world order. The Russians covertly assist the Admiral who sets a plan in motion disrupting the world’s oil supply that will ultimately alter the course of history.

The Western World is panic stricken with the thought that Iran threatens first Israel, then the entire world with nuclear destruction. The Iranian president continues his ranting at the UN that Allah has willed the destruction of the evil Zionists.

Old hostilities are tossed aside and new alliances are formed in smoke filled backrooms of the UN, the Kremlin and the White House. Third world nations, particularly Somalia, suddenly become strategically important and the super powers struggle to sort it all out and battle for position. The stakes could not be higher.

Houston Robinson, better known as Watchdogg, an unofficial Cabinet advisor to the president, sets out to discover the truth to all the crises that suddenly appear out of nowhere. Tourists are mysteriously kidnapped off the streets of Europe and surface in the largest supertanker hijacking in history. The USS George H.W. Bush is a target of an Iranian airbus attack in the Indian Ocean. Pandemonium in the oil futures markets sends oil prices to dizzying heights in a Venezuela Chinese oil coup. The entire planet it seems is being turned upside down when the Admiral seizes the world’s oil supply. Economies crumble at a dizzying pace while others flourish depending upon their role in the new order.

Watchdogg finds himself in backroom politics with the Amir Harazi the Prime Minister of Israel who has plans of his own to bring a stop to the Iranian missiles that threaten to destroy his country in another Holocaust.

You will be taken into the cockpits of Super Hornets and Lightning II’s with the men and women who carry out the orders of world leaders. You’ll witness the agonizing decisions of generals and commanders who place their careers on the line carrying out the orders of presidents and prime ministers. Inevitably Watchdogg runs head to head with the Admiral. Millions of lives hang in the balance as the world threatens to self destruct from greed and power.

This story is taken from tomorrow’s headlines. It’s a frightening tale that will scare you with its chilling back room deals and double-crosses. Who is friend? Who is foe?

It’s a good thing Watchdogg is here to figure it all out and see that the Admiral’s plan to hijack the world’s oil is waylaid. Should he do it? Can he do it? Let’s hope so.

FIVE STARS. Carol: a confirmed Kindle Reader
"I think the author should be nominated for best book of the year! His tenacity to research in-depth, difficult details with such clarity and timing keeps the reader wondering what's coming next. He makes the story authentic in its disguise.
A brilliant book, one that deserves great acknowledgments. I loved it!"

Other novels are now available:

View a six minute video in which RJ provides a summery.
2. Lean against the Wind View companion novel here.
3. Seeds from Heaven  90,000 Words.